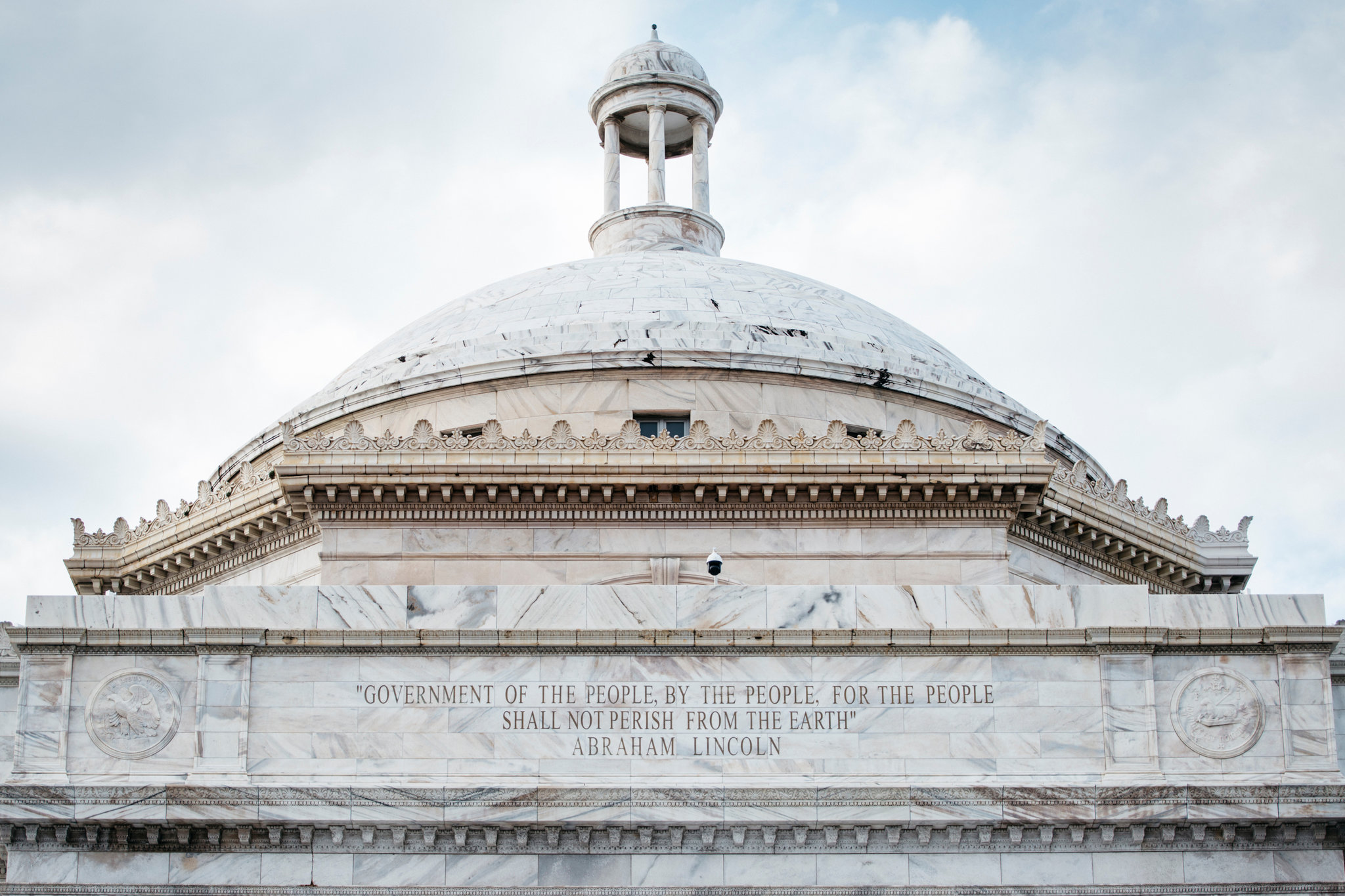 AN JUAN, P.R. — It is a proudly Spanish-speaking territory at a time when the White House has taken down the Spanish version of its website. It is as materially poor as it is culturally rich. And Puerto Rico has entered a new and exotic version of bankruptcy, facing a staggering $123 billion in debt and pension obligations.

In short, it is difficult to imagine a worse time for governing-party officials in this struggling Caribbean commonwealth to persuade Washington it is ready to become the 51st American state.

But they have pledged to make their case anyway.

Tell them that it seems impossible, and they will conjure the long moral arc of the universe and how it bends toward Puerto Rican statehood. “That’s what they told the blacks,” an indignant Ramón Rosario Cortés, Puerto Rico’s public affairs secretary, said in an interview last week. “That they were wasting their time attending the marches of Martin Luther King Jr. because nobody was ever going to hear the cry of the people!”

A vigorous push for statehood was a central campaign promise of Gov. Ricardo Rosselló, 38, who was inaugurated in January. Next month, he will ask residents to vote, in a nonbinding referendum, for statehood as part of a long-term fix for a commonwealth facing a period of severe austerity that is likely to include shuttered public schools, frozen salaries, slashed pensions and crimped investments in public health. The island remains in the grip of a recession that has lingered for much of the past decade.

Statehood, Mr. Rosselló and his allies argue, would mean more investment in infrastructure, which would attract more businesses and create a more stable economy. Mr. Rosselló has also criticized Puerto Rico’s current relationship with the mainland as a “colonial status” that deprives its 3.4 million residents “of the right to political, social and economic equality under the U.S. flag.”

But Mr. Rosselló must not simply convince a wary Congress, which, by law, holds the key to Puerto Rico’s relationship with the United States. On the island, the “status” issue, as it is typically called, has for decades been the defining — and most divisive — question at the heart of Puerto Rican politics.

The three main political parties are not really divided along ideological lines; rather, Puerto Ricans know them as the party of statehood, the party of independence and the party that supports some improved version of the status quo. Voters in the June 11 referendum will be asked to choose among those three visions, and Mr. Rosselló’s allies are making a big push.

“Treasure your American citizenship,” read signs posted around the capital. “Guarantee it. Vote for statehood.”

But resistance runs deep. Jose Falu, 63, a black Puerto Rican who served in the Army from 1978 to 1984, was visiting the Department of Veterans Affairs hospital in San Juan last week. He said he would like to see the commonwealth receive the same treatment as states — but not become a state. “I’ve lived in the United States during my period in the Army,” he said, “and they don’t treat the Puerto Ricans the same way as the Americans.”

Such is the swirl of complex feelings toward the mainland in Puerto Rico, obtained by the United States in 1898 as a spoil of the Spanish-American War. Its mash-up Caribbean culture has long encompassed strains of ardent American patriotism and concerns about the dilution of a unique Hispanic heritage, and its compatibility with the broader American project. In San Juan, the Capitol is adorned on the inside with paintings of Puerto Ricans who served with particular distinction and bravery in the American military. Abraham Lincoln’s famous quotation — “government of the people, by the people, for the people shall not perish from the earth” — graces the exterior.

Some Puerto Ricans believe that the best expression of that sentiment would be a declaration of independence from the United States, but their numbers are small: The Puerto Rican Independence Party has never won the governorship.

“I don’t feel optimistic at all” about achieving independence, said Humberto Rodriguez Ortiz, 29, an artist and bartender. “I just hope for it like a little kid.”

During the Cold War era, the F.B.I. tried to undermine the independence movement here, but it has also been weakened by the perks of commonwealth status. Though Puerto Ricans residing on the island do not vote for president, and their sole representative in Congress cannot cast a vote, they are United States citizens and may move to the mainland as they please.

It is an option Puerto Ricans have increasingly taken advantage of in their effort to escape the economic malaise on the island, where 46 percent of the people are in poverty and the unemployment rate was 11.5 percent in March. More than 400,000 have moved to the mainland in the past decade. As of 2013, there were 5.1 million Puerto Ricans living on the mainland, according to the Pew Research Center, while the number of residents in the commonwealth is expected to dip below 3 million by 2050.

The middle ground has long been occupied by the Popular Democratic Party. Its leaders do not want to abandon the autonomy that the current status provides, but they argue that serious changes are needed if the island’s economy is to be saved.

In an interview on Tuesday, Héctor Ferrer, the party president, argued, among other things, that Congress should modify the Jones Act of 1920, which prohibits non-American ships from carrying goods between the island and the mainland, an exclusion that he said pushes up the prices of consumer goods and gasoline.

Mr. Rosselló’s New Progressive Party controls both houses of the legislature, but his critics note that he was elected in November with only 42 percent of the vote, and the two main opposition parties have pledged to boycott the referendum.

The crisis has driven some Puerto Ricans into Mr. Rosselló’s camp. Erick Storer, 36, became a convert to the statehood movement when he was laid off three months ago from his job in the pharmaceutical industry. The sector had thrived here thanks to generous corporate tax breaks created by Congress in 1976.

But Congress began phasing out the breaks in 1996, and they disappeared in 2006 — one reason, experts say, the economy has taken such a hit. With no representation in Congress, residents like Mr. Storer have been left feeling as if they have little say in policy making.

The news and stories that matter to Californians (and anyone else interested in the state), delivered weekday mornings.

Others warn that statehood will not be a panacea. Among other things, Puerto Ricans would have to give up their current exemption from federal income tax for income earned in the commonwealth.

For some statehood supporters, the slim chance of convincing Congress of their cause is not as important as sending Washington a strong message. “It’s just so they can hear our voice,” said Marcos Diaz, 46, the owner of a moving company.

But there is also fear that the effort and attention being lavished on the referendum will be just one more distraction from the issues the island needs to address, among them corruption, nepotism and the need for a cleareyed economic plan. The last time a status referendum was held, in 2012, 61 percent of voters chose statehood, but the Popular Democratic Party instructed its followers to leave ballots blank, and argued that the end result had little merit.

“I personally think it’s a waste of time,” said Gretchen Sierra-Zorita, a consultant who works with a number of Puerto Rico organizations in Washington. “Puerto Rico puts so much emphasis on electing parties and party leaders that represent a status option as opposed to a good-governance option.”

Some of that sentiment was echoed last Tuesday afternoon at Yordy’s Mini-Market. A testament to Puerto Ricans’ enduring knack for industry and improvisation, it is part hardware store and part bar, with drinks mixed next to a key-duplicating machine during happy hour.

“Neither Republicans nor Democrats want us,” Roberto Reyes Villegas, 50, a carpenter who works for San Juan’s municipal government, said as he drank a Medalla Light beer.

Mr. Reyes described himself as a regular voter who was not loyal to any party. But he said he refused to participate in the referendum. It was little more than a distraction, he said, cooked up by what he called the “legisladrones,” or thieving lawmakers, who, he said, have been “sucking millions out of Puerto Rico.”

Mr. Reyes said the austerity plans had not touched his salary or benefits yet. And at age 50, he is taking a philosophical view of what comes next, paraphrasing Einstein’s contention that the distinction between past, present and future was a “stubbornly persistent illusion.”

He knows that the future is a more concrete and perhaps frightening proposition for his 18-year-old son. But his son, Mr. Reyes said, is smart and bilingual. If things get worse, he said, his son would probably just move away.