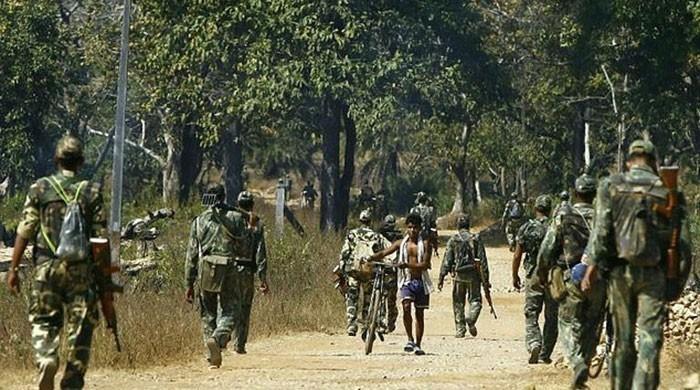 The skirmish occurred near Bijapur district in central Chhattisgarh state, where Maoist rebels have been engaging Indian forces in jungle battles for 50 years.

More than 300 police and paramilitary troops had been tracking the rebels — also known as Naxals — in a joint operation since the weekend, said D M Awasthi, chief of the Chhattisgarh anti-Naxal force.

“We can confirm at least 16 Naxals have been killed in the ongoing operation,” he told AFP, without elaborating on the circumstances in which they died.

There was, however, no clarity on when the gun battle took place.

Another police officer said the rebels were killed in two separate gun battles, and that a policeman was also killed.

“One of our jawan (troops) was killed and another two injured in the operation,” local police officer Mohit Garg told AFP.

Last month, in one of the deadliest attacks of its kind in years, rebels killed 24 police commandos as they guarded a road project in Sukhma district, making off with weapons and ammunition.

The government responded with operations across the insurgent-dominated, so-called “Red Corridor” stretching through central and eastern India.

The guerrillas, who say they are fighting for the rights of tribal people and landless farmers have been locked in a decades-long armed conflict with the authorities.

The Maoists are believed to be present in at least 20 states but are most active in Chhattisgarh, Orissa, Bihar, Jharkhand and Maharashtra, occupying thousands of square kilometres (miles) of land.

The decades-long insurgency is believed to have cost tens of thousands of lives.