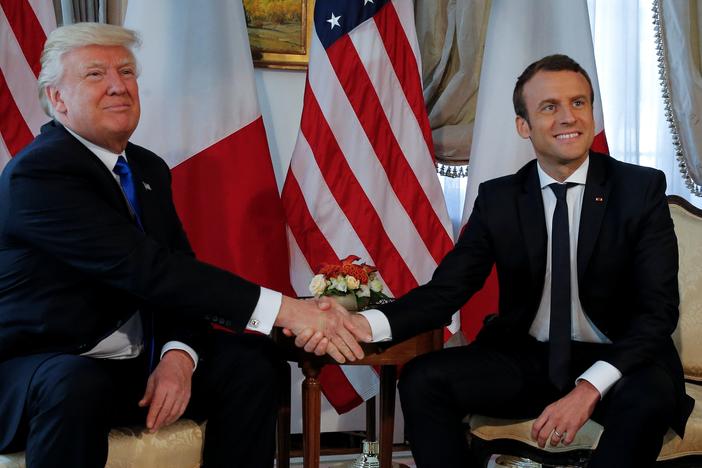 U.S. President Donald Trump and French President Emmanuel Macron barely know each other but they seemed to have a hard time letting go when they first met on Thursday.

Each man gripped each other’s right hand so firmly that their knuckles turned white and their jaws seemed to clench.

Images from the photo session at the U.S. ambassador’s residence in Brussels showed Trump finally giving up, his fingers loosened while Macron is still holding on tightly.

Macron’s determination may be a lesson for German Chancellor Angela Merkel, who on a recent visit to the Oval Office tried and failed to get Trump to shake her hand.

Both Trump and Macron were in Brussels to attend a NATO summit.

After their meeting, they had veal filet and Belgian chocolate mousse for lunch.