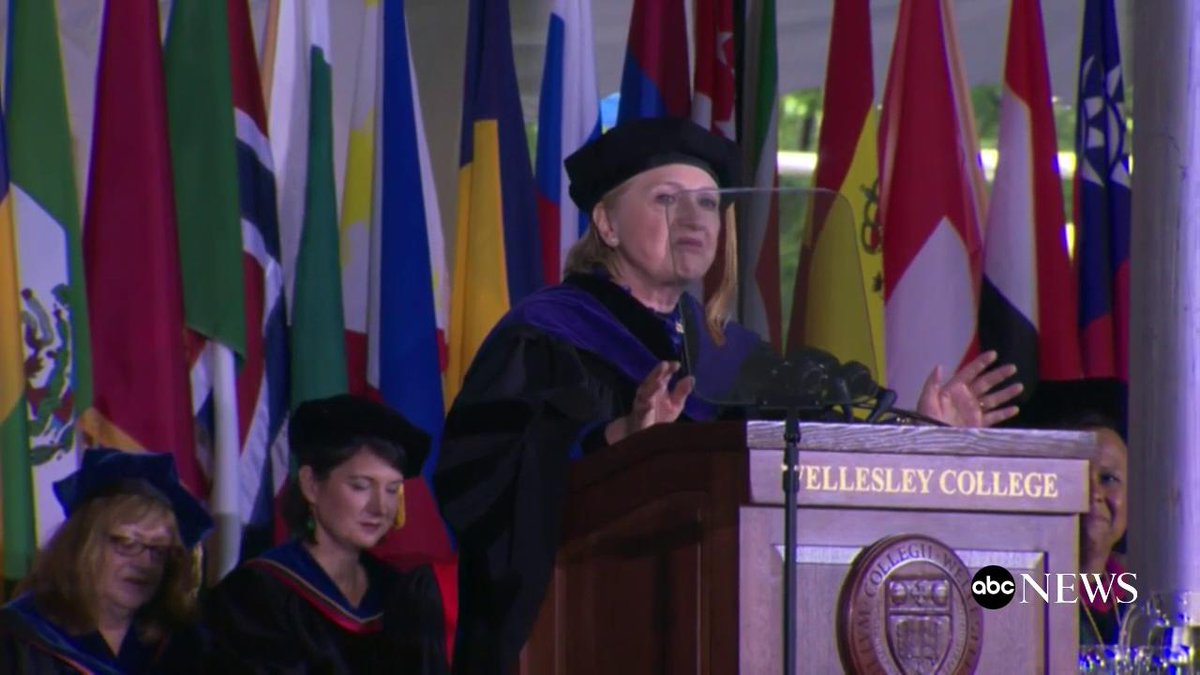 Friday during her commencement speech at Wellesley College in Wellesley, MA, former Democratic presidential candidate Hillary Clinton listed some of the things, which included wine, that helped her get over her loss to President Donald Trump.

Clinton said, “You may have heard that things didn’t exactly go the way I planned. But you know what? I’m doing okay. I’ve gotten to spend time with my family, especially my amazing grandchildren. I was going to give the entire commencement speech about them but was talked out of it. Long walks in the woods, organizing my closets. I won’t lie, Chardonnay helped a little, too.”