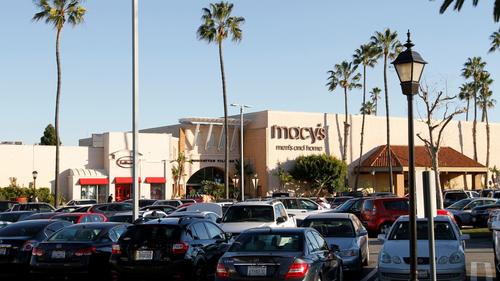 Between 20% and 25% of the nation’s shopping malls will close in the next five years, according to a new report from Credit Suisse that predicts e-commerce will continue to pull shoppers away from bricks-and-mortar retailers.

For many, the Wall Street firm’s finding may come as no surprise. Long-standing retailers are dying off as shoppers’ habits shift online. Credit Suisse expects apparel sales to represent 35% of all e-commerce by 2030, up from 17% today.

Traditional mall anchors, such as Macy’s, J.C. Penney and Sears, have announced numerous store closings in recent months. Clothiers including American Apparel, Bebe and BCBG Max Azria have filed for bankruptcy. The report estimates that around 8,640 stores will close by the end of the year.

Retail industry experts say Credit Suisse may have underestimated the scope of the upheaval.

“It’s more in the 30% range,” Ron Friedman, a retail expert at accounting and advisory firm Marcum said of the share of malls that he predicts will close in the next five years. “There are a lot of malls that know they’re in big trouble.”

The change may not affect all sectors of the mall economy evenly.

Paula Rosenblum, co-founder and retail analyst at RSR Research, believes the report overstates the risks, and says lower-tier shopping centers in particular would bear the brunt of the blow.

But analysts agreed that to survive and stay relevant, malls need to make serious changes.

“A lot of malls are being redone. We are seeing mixed-use, many more restaurants and service providers, and less clothing stores,” Friedman said. “You’re going to see a future where you’ll be living at the mall.”

“If you have food and entertainment, that gives you a court to build around,” Marcotte said. “Once you get past that you need to create a space that is lifestyle oriented.”

Rosenblum says shopping centers will be driven by the demands of millennials and members of Generation Z behind them, who are more likely to spend money on entertainment rather than just clothing.

Malls, Rosenblum said, “are going to become more of a destination, not just for shopping but for activities and experiences.