ORANGE COUNTY, Fla. – A gunman fatally shot five of his former coworkers then killed himself during a mass shooting at Fiamma, an Orange County business, Monday morning, according to sheriff’s officials.

Seven people who work at Fiamma, the RV accessory business where the shooting took place, survived the incident without any injuries. Orange County Sheriff Jerry Demings said the shootings happened at multiple locations in the Fiamma building and that 12 people were at the business during the incident.

Officials identified the shooter as John Robert Neumann Jr., 45, a former employee who was fired in April. The ex-worker came into the building armed with a gun and multiple hunting knives and fatally shot four men and a woman, then turned the gun on himself, Demings said. There is no indication that the knives were used.

“All indications from eyewitness testimony is that it appears that just before deputies entered to the scene itself, as an active shooter scene, that the subject likely killed himself or shot himself at that point,” Demings said. 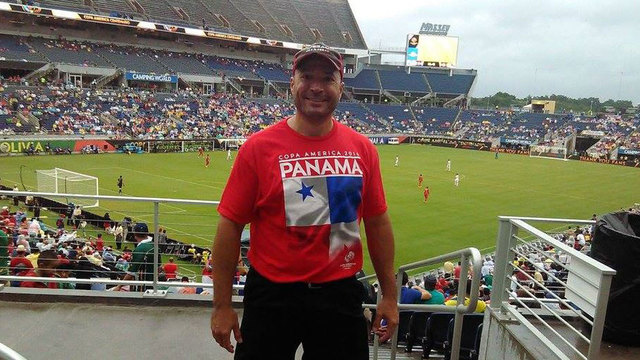 The five victims have been identified as Robert Snyder, 69; Brenda Montanez-Crespo, 44; Kevin Clark, 53; Jeffrey Roberts, 57; and Kevin Lawson, 46. Read more about them here.

“In terms of his total motive for shooting the specific individuals involved, we have information that at least one of them he had a negative relationship with, but he was certainly singling out the individuals that he shot,” Demings said.

[READ: What we know about John Robert Neumann Jr.]

Demings said Neumann pointed his gun at a temp employee and told her to “get out of the business.”

Neumann was also involved in a workplace incident in June 2014 in which he was accused of battering one of his coworkers. Demings said no charges were filed in that case and there is no evidence that that victim was among those killed in Monday’s shooting.

“He shot five innocent people this morning, then turned the gun on himself and shot himself,” Demings said.

Demings described Neumann as a disgruntled employee, adding that the “tragic incident” is an example of workplace violence and there’s no indication of any ties to terrorism. He said authorities believe Neumann was a “lone gunman.”

Neumann has a minor criminal history that includes marijuana possession, a DUI and a misdemeanor battery charge, Demings said.

He lives alone in the Central Florida and has no family in the area.

“In situations like this, my experience tells me that this individual made a deliberate thought to do what he did today. He had a plan of action and he executed his plan today,” Demings said.

Neighbors identified the shooter to News 6 from a Facebook profile picture.

One neighbor, who would only give her first name, said she was shocked to hear that Neumann was the shooter. She said she knew he was recently fired, but he refused to tell her why.

First responders were dispatched to the active shooting situation at 8:05 a.m. and arrived two minutes later.

“I can tell you it was a coordinated effort along with the sheriff’s office. As soon as the scene was cleared, less than three minutes later, the patients were being assessed. The initial four victims, along with the shooter, were declared to have injuries incompatible with life. The sixth person was assessed and moved off the scene en route to the hospital within just a few minutes and was given the best opportunity at survival because of the coordination between the sSheriff’s office and fire rescue,” Orange County Fire Rescue Chief Otto Drozd said.

Officials said that anyone who has friends or family members who work at Fiamma can call 407-679-0100 ex. 3087 for more information. A designated reunification location has been set up at Full Sail University at the Live 1 building. The address is 3535 North Forsyth Road, Winter Park.

Sheila McIntyre, who was not injured, and other witnesses were taken to a nearby fire academy, Adams said.

The Orange County business is the North American branch of Fiamma, an Italian company founded in 1945. Fiamma means flame in Italian. The company supplies parts for RVs and the awnings to dealerships and repair shops.

Demings, Orange County Mayor Teresa Jacobs and other local law enforcement officials are at the scene. 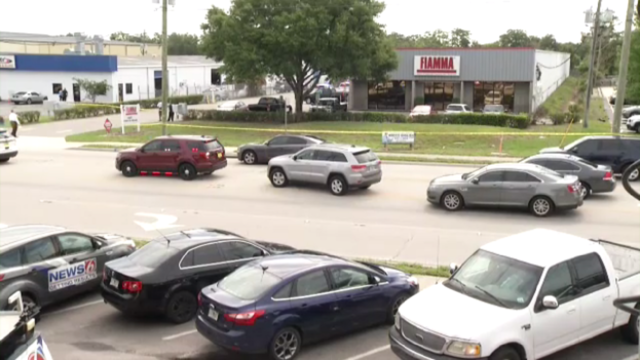 Multiple people were shot at Fiamma in Orange County on Monday, June 5. 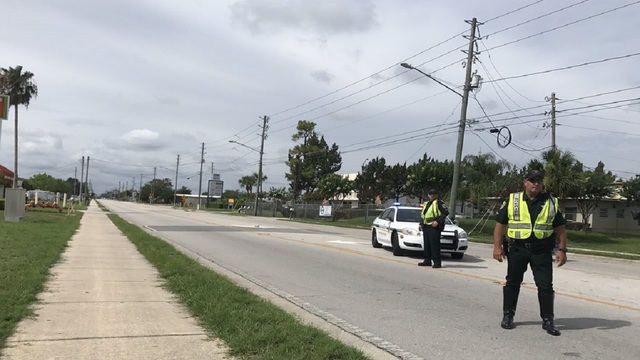 Multiple people were shot at Fiamma in Orange County on Monday, June 5.

Alan Rodriguez, the owner of TST Auto Subaru on Forsyth Road, said he arrived for work just before 8 a.m. and saw people running from the business. He said one of them motioned to deputies that someone had a gun.

“(They were) just running in every direction,” said Rodriguez, who added that he has not yet been contacted by authorities.

Another business owner told News 6 that he closed his shop for the day due to concern for his employees’ safety.

Violence in Orlando a week before Pulse 1-year mark

The shooting at Fiamma comes nearly one year after the mass shooting – the worst in U.S. history — at Pulse nightclub in Orlando on June 12, 2016, that left 49 dead and more than 50 others injured.

The shooter, Omar Mateen, was killed in a gun battle with police.

The city is preparing for multiple events to honor the victims and remember the Pulse shooting. Social media users commented on the timing so close to the one-year mark.

“I lost friends at Pulse and this shooting and world events brings back the pain,” one commenter said.

“Over the past year, the Orlando community has been challenged like never before,” Gov. Rick Scott said in a statement.

Prior to Pulse, the most recent workplace mass shooting in Orlando occurred in November 2009 at the Gateway Center. Otis Beckford was killed and five others were injured in the incident, which was, at the time, Orlando’s first mass shooting in 25 years.

The gunman, Jason Rodriguez, a disgruntled former employee at Reynolds, Smith and Hills, was arrested a couple hours after the shooting at his mother’s apartment on Curry Ford Road.

Rodriguez, 40, had been fired two years earlier for poor performance.

Rodriguez was originally found guilty and sentenced to life in prison, but he was granted a new trial in August 2005 after a technicality was said to have confused jurors. At a hearing to determine the start date of a new trial, he accepted a deal, pleading no contest to second-degree murder and five counts of attempted first-degree murder.

Check back with News 6 for more on this developing story.